Raif Montgomery, lead singer of Renegades, the area’s most popular band, isn’t like other guys. When he gets left at the altar by a woman most men would kill to have, he finds himself more relieved than heartbroken. Things take another twisted little turn when he gets drunk the night of his non-wedding and makes a pass at his best friend, Chloe. She doesn’t shut him down.

Overall, he has plenty to occupy his troubled mind.

His mom is concerned he’s heading for a self-destruct of epic proportions. But all he can think about is tasting Chloe’s lips again, and getting her to agree to give them a shot as a couple. When a Nashville music producer starts hanging around Renegades’ shows, it seems that things are falling into place for the band.

But does he want success for the band if it means leaving Chloe behind? Can he walk away from the woman he loves? Or will he sacrifice the Renegades’ dreams to keep his heart intact?

After he is jilted at the alter by his ‘on again – off again’ girlfriend, Raif takes comfort in boozes, women and his best friend Chloe.

He knew his ex wasn’t the one for him, but faced with the possibility of risking his heart and telling Chloe how he feels about her, Raif believes that he is just not good enough for her…

equally Chloe Jane feels unworthy, Raif has been her friend and saviour since they were children, he has always looked out for her…the daughter of the town junkie… Chloe feels that people are waiting for her to fail… and undeserving of the love that she so deserves.

Only time will tell if these two will risk their hearts to the others safekeeping.

This is a beautifully crafted slow burn of a friends to lovers. Filled with heart ache and longing and old hurts that haunt them both. A concept that has been written and re written many times over but never gets old for us die hart romance fans…the author stamps her own original telling with the wonderful characters that she has created.

Chloe Jane is sweet and soul filled and a caregiver through and through. Raif is a well meaning ‘sometime’ idiot with his inability to verbalise how he feels and what’s going on in his brain. Together they are a sweet and soulful combination of great romance…. I just wish that they had been brave and actually spoken to each other… that they had expressed how they were feeling…there was a moment when Raif tells Chloe…along the lines of ( and I’m badly paraphrasing ) that ‘her feelings and inability to trust aren’t his problem’… wooo !!! … I wanted to hoof him in the nuts so bad! BUT… this is why we read… to feel and be rocked with words… let’s face it.. a little drama is always needed to make for an interesting read.

Back to characters…I’m going to briefly mention Luke.. Luke is the epitome of a best friend watching from the sidelines… I hope his bruised heart finds a sassy and sultry happy ever after in his book.

This is Book one in the series and with four guys in the same titled band… there is plenty of characters and scope to bring new and interesting reads in this series.

As the authors debut book it’s a great introduction to her writing style. Im excited to see how this story progresses and what’s in store for the other band members. My eyes will be peeled for future releases from this author. 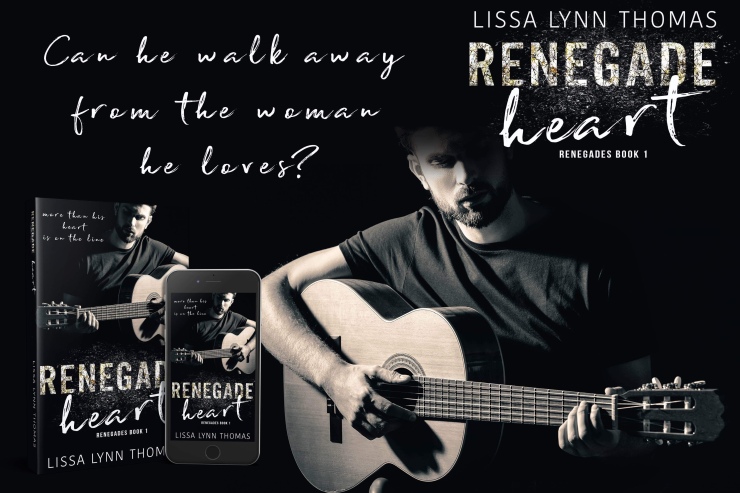 Lissa was first inspired to consider a career in writing when she was in high school. Her English teacher recognized Lissa’s gift for storytelling and encouraged her love of writing. She has six nieces and nephews whom she adores and a beloved cat who is her baby. Lissa loves the color purple and chai tea, and writes poetry under the pen name Bella Sterling.

Other giveaways you can share/enter :