The Necromancer’s Bride by Brianna Hale

When I was a child he brought me back from the brink of death. Since that day I have borne his mark, a black star in the center of my left palm. The villagers say it brands me as evil. I think it means something far worse. It marks me as his.

The disease that nearly killed me has returned to the village and children are dying. I’m the only one who dares to climb the mountain and learn his secrets. In exchange I’m to clean his house and help with his strange experiments, but Meremon wants more. He wants me. And it isn’t long before I discover that his demands are as twisted as his experiments.

Warning: This story is a dark fantasy romance with scenes of non-consent and dubious consent. Additionally, Meremon is a necromancer and enjoys unusual things. Some sex scenes might be strange or creepy for some readers. 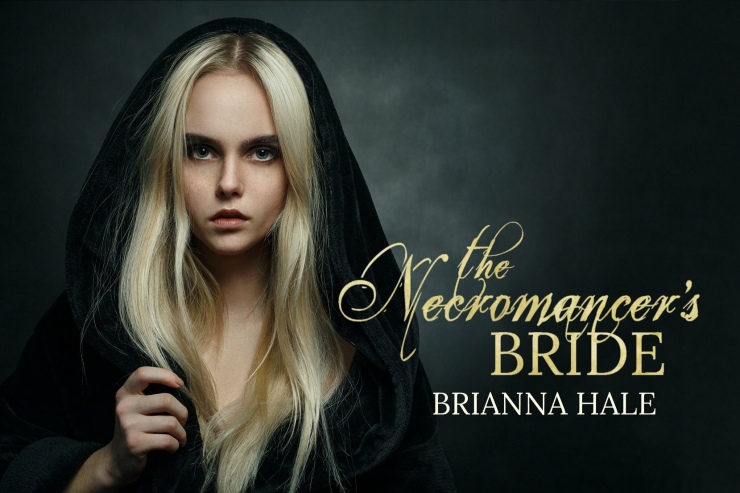 Oh so dark and twisty tale. After contracting a strange and magical illness..Rhonda finds herself close to death… her parents seek help from the necromancer up the hill..because only he can help those so close to death… finding herself marked by him and history repeating itself she has no choice but to go to the one person who despite saving her life has made it hard to live in the village..

I liked the original concept for the story.. it was unique and dark and atmospheric and went hella hella dark side 😈😈 despite the couple of ‘huh..did I really read that?’ Moments..despite these…i was hooked… I wanted to know how the story would end.

#Trigger warning… this is not a light and fluffy read…it’s a total dark side of the moon kinda read… but wholly unique.

My only grumble… was that after sucking me in..it ended really quickly….like super super short novella style. I really wanted more of Meremon’s back story and more emotional development between Rhonda and Meremon.