Title: Confessions of a Klutz

About Confessions of a Klutz:

Confession One: I was a klutz.

I thought I’d grow out of it, but evidently I didn’t.

It’s not fun to look like a fumbling toddler when you’re twenty-six.

Confession Two: I had a standing appointment at the local ER.

It wasn’t by choice that I knew all the doctors names—it was necessity.

But that was about to change.

Confession Three: I hated the sun yet I lived in LA where it always shone.

I supposed that was one plus to being sent to New York for the next eight weeks.

That was until I got there.

Arm veins, dimples, and THE sexiest voice known to man were my weakness,

and he had every single one of them.

Confession Four: He was my new boss.

I could control myself though, right?

The city of dreams… a klutz’s worst nightmare.

Eight weeks. A klutz. And a drool worthy boss.

What did you get when you crossed a klutz with a GQ model lookalike?

I was about to find out. 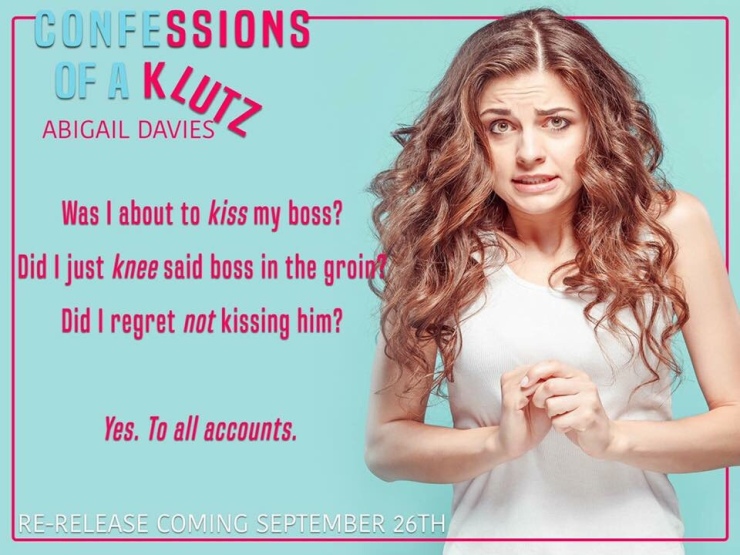 Sent from her normal pa job in LA to cover long a staff sickness for 8 weeks, Violet cannot believe her luck when she spots her new temporary boss…Axel Taylor it’s just a shame he’s a grumpy so and so and she is an all time accident prone klutz!!

Broken bones, boobs and fluffy socks… nothing is safe when Violet is around… least of all herself!!

First read by this author… a true rom com if ever I read one… there were a few moments when I howled both in laughter and pain at poor Violet’s antic!!

Keep an eye peeled for the white board scene!! 🤣🤣🤣

I truly loved the scenarios between Violet and Axel and found myself reading this book well into the early hours because it was just too hard to stop!

My only slight grumble was the abruptness of the ending…. I love an epilogue…and would have really enjoyed just a bit more…BUT from what I have gathered this is going to be followed by a second book!! HUZZAH BRING IT ON!! 🙌🏻🙌🏻🙌🏻 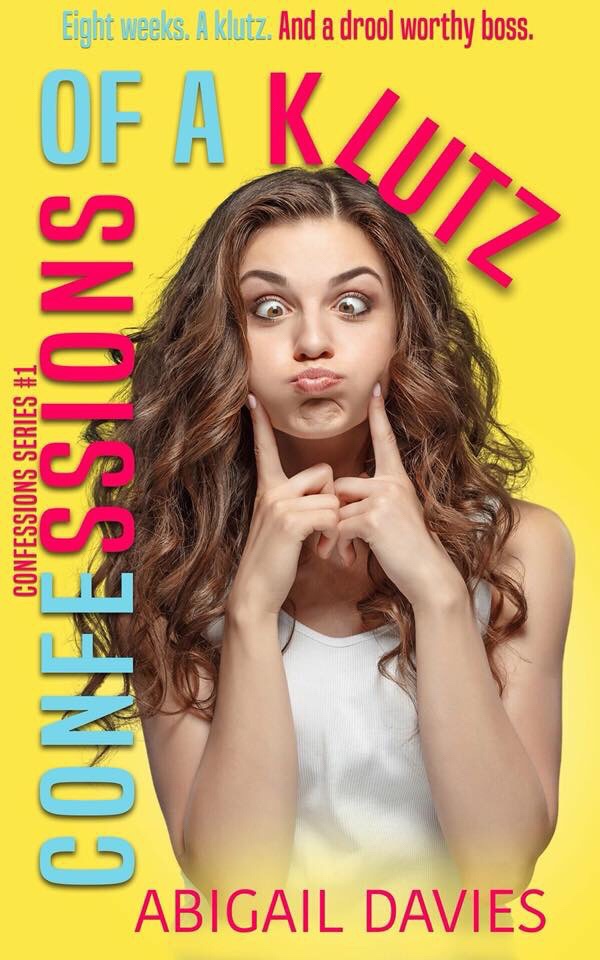 Abigail Davies grew up with a passion for words, storytelling, maths, and anything pink. Dreaming up characters—quite literally—and talking to them out loud is a daily occurrence for her. She finds it fascinating how a whole world can be built with words alone, and how everyone reads and interprets a story differently. Now following her dreams of writing, Abigail has found the passion that she always knew was there. When she’s not writing: she’s a mother to two daughters who she encourages to use their imagination as she believes that it’s a magical thing, or getting lost in a good book. If she’s doing neither of those things, you can be sure she’s surfing the web buying new makeup, clothes, or binge watching another show as she becomes one with her sofa.