Title: The Price of Brimstone

There’s a monster in my basement.

That isn’t a metaphor, in case you were wondering. And it isn’t the tagline to some midnight horror flick. Fact is, Locryn Price is nothing if not a monster. One part human, the other part demon, the guy’s got a slab of ice where his heart should be.

Ironic, considering the rest of him is hot enough to start a fire underwater.

Not exactly what I was expecting to find when I came home from college to surprise my brother. I mean, I always knew Russell was a little warped, but now we have a pissed-off, wisecracking demon in shackles and chains as proof.

The October winds are stirring, bringing more than just storms. Two of our friends are missing. Loc knows something, but he isn’t talking. And to complicate matters further, my former crush Max has joined forces with my brother. They think they’ll get answers using spells and pentacles and brute torture.

But the devil prefers to bargain.

My innocence in exchange for the hostages. Those are his terms.

Now I’m in his world. A world of demons, deception and the sweetest of seductions.

And losing my way in the darkness never felt so good.

Returning home after loosing her job due to layoff, Judith ( Jude ) is more than a little flummoxed by her older brother Russell’s scruffy state and his and longtime best friend Max’s shiftiness.
Turns out Russell’s girlfriend sky and other longtime best friend have been missing for a while, and not just run away but vanished….

Judith isn’t convinced after hearing either his or max’s story of what happened but she is convinced by the man they are holding captive in the basement. Except he isn’t a man..not really.. Jude’ s father was a demon exorciser and after meeting with the ‘man’ who killed her parents…she knows the man in the basement is more… especially when he heals so quickly.
Locryn Price is a cambion, half human half demon… and he wants Jude.
First read by this author… and other than reading the blurb… which literally slapped me with a ‘READ ME’ kipper about my face.. I went into this book knowing nothing.
This book is a grower of a story laying the foundations of the characters and past thoroughly…where it then kicks in to high gear and literally knocked my socks off. There is an overall atmospheric creepy feel to the book which was so brilliantly created and carried throughout. A number of the secondary characters sleeved the poop outta me and I applaud a book that can do so. It was artistically and creatively done and made for a fantastic read.

Without giving too much away.. (because I hate that) …is an anti hero in the truest sense of the word… fiendish and crafty and torn and conflicted. His relationship and interactions with Jude we’re bloody brilliantly created, he had a truely wicked dry sense of humour and I couldn’t help but love his character. He is by far the best charachter. Loc is charismatic and secretive and
Seductive…. and you just can’t help but feel for him… or at least I couldn’t.

This is a book about good and evil, black and white all the shades between… its also one of sacrifice… Jude’s for her friends, her family but ultimately Loc’s sacrifice …. and I absolutely loved it. 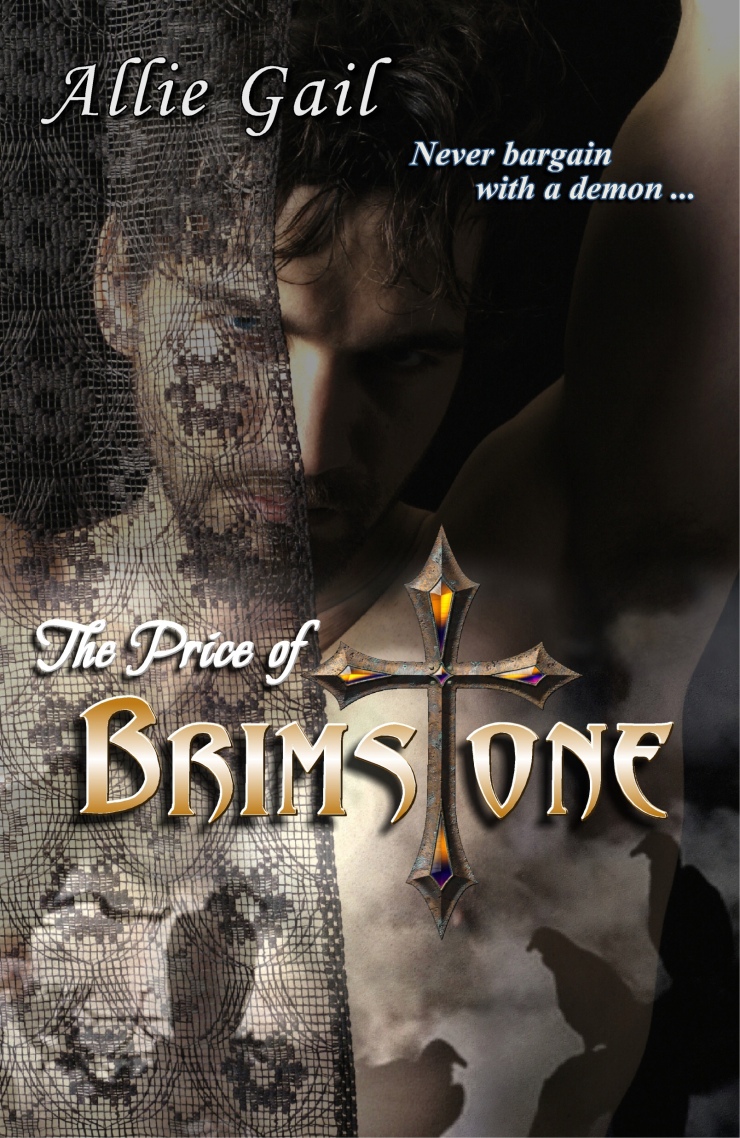 Born and raised in rural Alabama, Allie Gail currently resides in sunny Florida with her own blue-eyed Prince Charming and a hyperactive hamster named Toot-Toot. Always an avid reader, she took to her keyboard on a whim in 2012 and that was the last anyone ever saw of her. (Just kidding – I did venture out of the house that one time back in 2014, but only because I was tricked into it. Stupid hurricane.)

Her genres of choice are paranormal romance and rom-com, featuring goofy but headstrong heroines and the sexy, snarky men who love them. When her indecisiveness doesn’t have her obsessively typing, deleting, then re-typing the same scene over and over, you can usually find her lurking online. Stop by Facebook and say hello!

Key-to-heart necklace, custom t-shirt (your choice of size), signed book and $10 Amazon gift card (US only)