Shaye Montgomery is the tour manager for her childhood friend and major recording artist, Rayne Green. Rayne disappears on the night of a sold-out concert in Chicago, leaving Shaye to pick up the pieces while trying to figure out what happened to her friend.

Shaye flies from Seattle to Chicago in an effort to investigate Rayne’s disappearance, and finds herself transported back in time and trapped in a tiny cabin with a badly beaten man.

Laughing Crow is a talented tracker who, while on the way to join his friends in Harrisburg for Thanksgiving, is attacked by a group of men and left for dead. He finds himself being tended to by a beautiful and mysterious woman who captures his heart and turns his life upside down.

Despite his love for Shaye, Laughing Crow must keep her at a distance, in a misguided effort to protect her from society. Heartbroken, Shaye chooses to leave, changing the course of their lives forever.

Will the man known for finding the unfindable be successful in his pursuit of the woman he loves?

Shaye is a Tour Manager, following the disappearance of her artist and best friend Rayne… Shaye is devastated to learn that everyone has moved on… but not Shaye, she hasn’t rested and won’t until she finds her.

After jumping on a plane to Rayne’s last know sighting..an abandoned warehouse in Chicago.

After waking up in the woods disorientated she finds sanctuary in a cabin with a Native American man named laughing crow, badly beaten..Crow knows of Shayne, she is Married to his best friend Sam.

During an awful storm in which Shaye and Crow take shelter in an abandoned cabin, they begin to develop feelings for each other.

However Crow knows it is futile to even look at the beautiful woman before him… he is an outcast neither Caucasian or Native American he is both and doomed to be alone no matter how much he wants or loves Shaye.

Shaye knows that she loves Crow…but cannot stand the thought of hiding their relationship or love from anyone just because of Crow’s heritage… and returns to her own time… what she doesn’t expect is for Crow to pursue her….

So I’m late to the Civil War Brides Party, this is book 7 in the series. I hadn’t read any of the other books ( YET) but that blurb on the back was just too intriguing not to read. There are a lot of characters featured in this book but the author gives great snippets of backstory so I didn’t feel lost or confused at any point.

I dived in not knowing what to expect and was swept back in time and completely under the spell of this charming old school times meets modern day romance and swept into a fantastic story filled with romance, emotions and suspense.I was gripped and stayed up all night reading until the wee small hours.

I adored Crow, he is a fantastic ‘old school romance hero’ with his stubbornness and teasing nature… I loved that he fell so hard for the spunky and sassy future girl… who wouldn’t be swayed by his mesmerising kisses… until she fell HARD!

I will defiantly be reading the previous books in this series because this was a fantastically well written book and who doesn’t love a great time travel romance!! 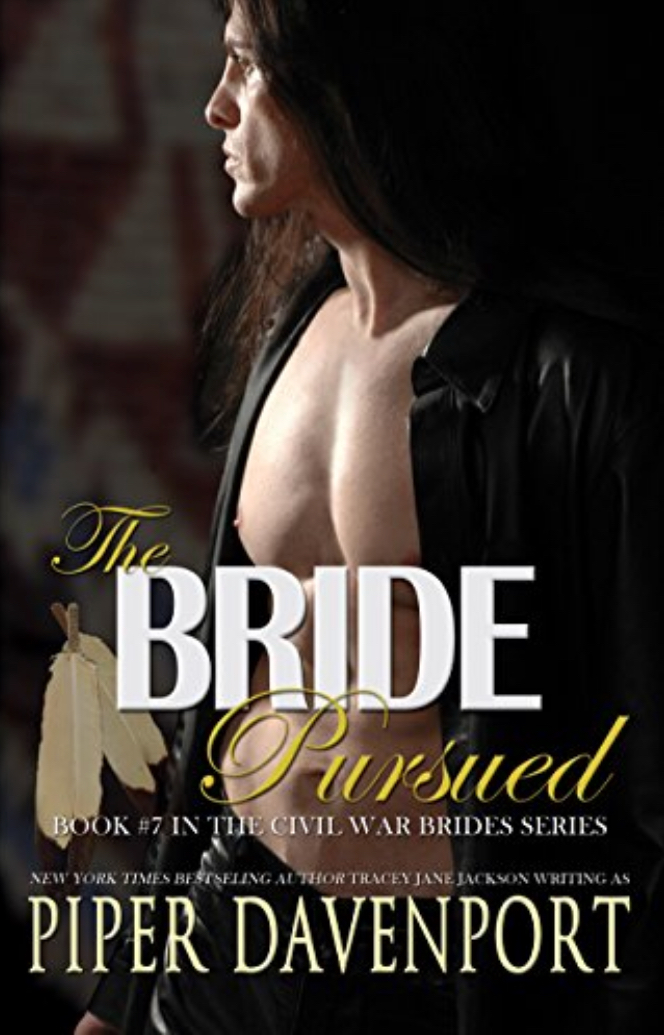 Piper Davenport is the alter-ego of New York Times Bestselling Author, Tracey Jane Jackson. She writes from a place of passion and intrigue, combining elements of romance and suspense with strong modern-day heroes and heroines.

She currently resides in the Pacific Northwest with her husband and two kids.