Alice and Joel have had a rough life, abandoned by their mother following the death of their dad at 10 and 6, left in foster care…Alice assumes the role of mother, father, guardian, protector and eventually carer...when Joel is diagnosed with terminal cancer.

As a dying wish Joel asks to spend 6 weeks touring with his favourite band, four lost souls…Alice is left feeling railroaded and can do nothing but support Joel’s dying wish.

Conflicted between meeting her younger brothers last wishes and keeping his last weeks to herself….She wants Joel safe, at home and wrapped in cotton wool.

So when she meets the lead singer Damon, her expectations are low, she doesn’t have much faith left in people and Damon is willing to test that faith to its limits…

A touching and oh so heartbreaking story of loss, the unfairness of life and grief but also a beautiful story about hope and joy. Grab those moments when and whilst you can…because none of of know when they are going to be our last.

The epilogue is set up to lead to other stories for the cast and hope there is more to come, because there are some positively wonderful side characters in this book and each one is worthy of a book of their own. 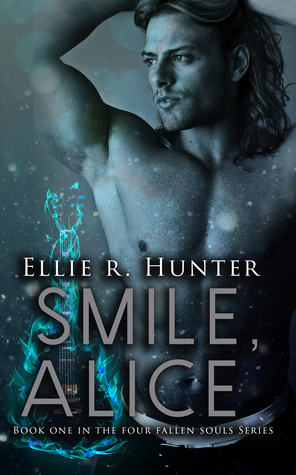