In a futuristic time on a faraway planet resides a human colony ‘the watch’ . Everyone has their role, Macy’s is a Gardner and provides for the watch, working alongside many others to keep the colony thriving.
She feels the obligations of her life in the hardest way, from the loss of a most beloved love one and the guilt to be the prefect daughter lays heavy on her. Especially in the form of courting her friend Corbin, she has no ‘romantic feelings’ towards him but knows that he is a good man and he loves he and their ‘joining’ is much wanted by their parents.
After Corbin has planned a romantic trip at sea, Macy’s is terrifed of water, pushing her fears aside for him she decides to go. But the sea is primal thing and a terrifying storm results in her being knocked overboard.
Macy fights to stay afloat and not let the sea take her….her salvation and rescuer is jax, he is a kracken, an cephalopod/human hybrid… created by the original human settlers from earth. He and his fellow kracken live on the bottom of the ocean in a ghost filled structure made for humans by humans. He should kill her, but he doesn’t…He should hate macy, but is drawn to her and her confusing human ways.

Fantastically original is it conception and delivery, I adored this book. Macy and jax’s friendship and love developed at a wonderful pace. And holy tentacles!! There were some fantastically steam HAWT scenes in there!! ( always welcomed by me!! )

But this book is more than a ( brilliant ) fantasy romance it has an underlying message of tolerance, respect and forgiveness by not holding current generations in contempt of past crimes. If either are to survive and build any kind of future, alliances are to be made

Make Me Burn: Isle of The Forgotten 1

Make Me Hunger: Isle of The Forgotten 2

Make Me Whole: Isle of The Forgotten 2.5

Make me Yours: Isle of The Forgotten 3 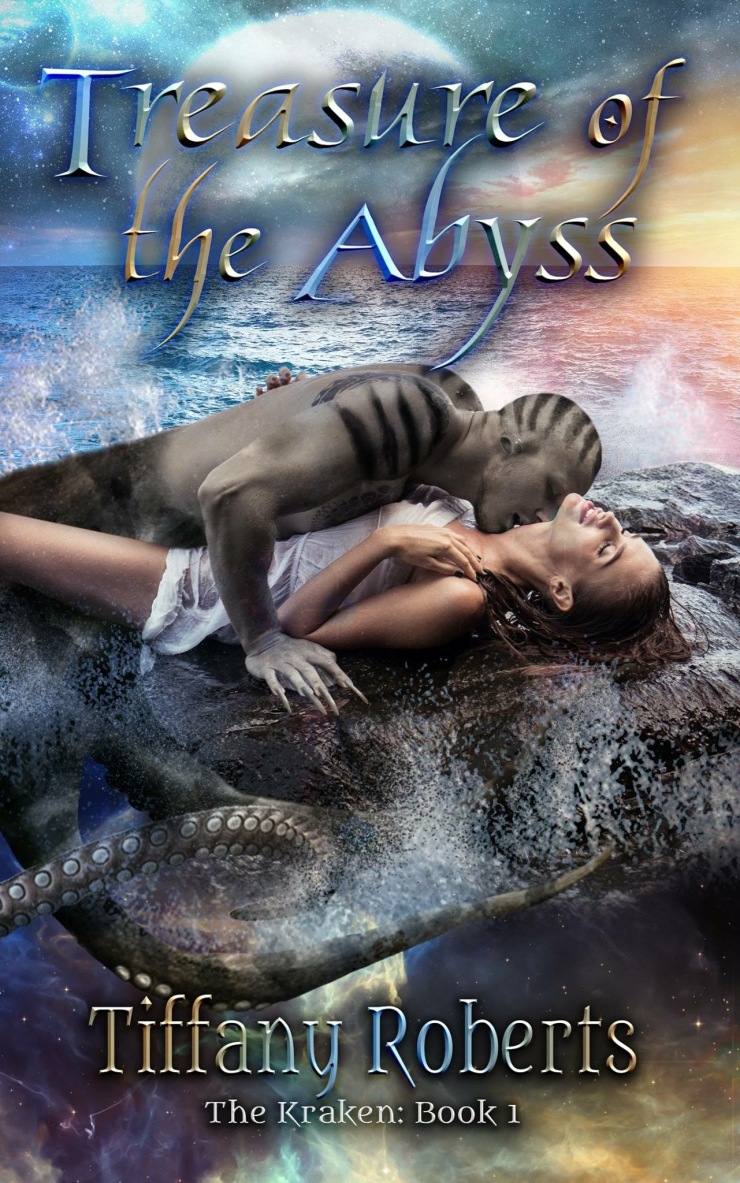 2 thoughts on “Tales of The Abyss: The Kraken #1 by Tiffany Roberts”